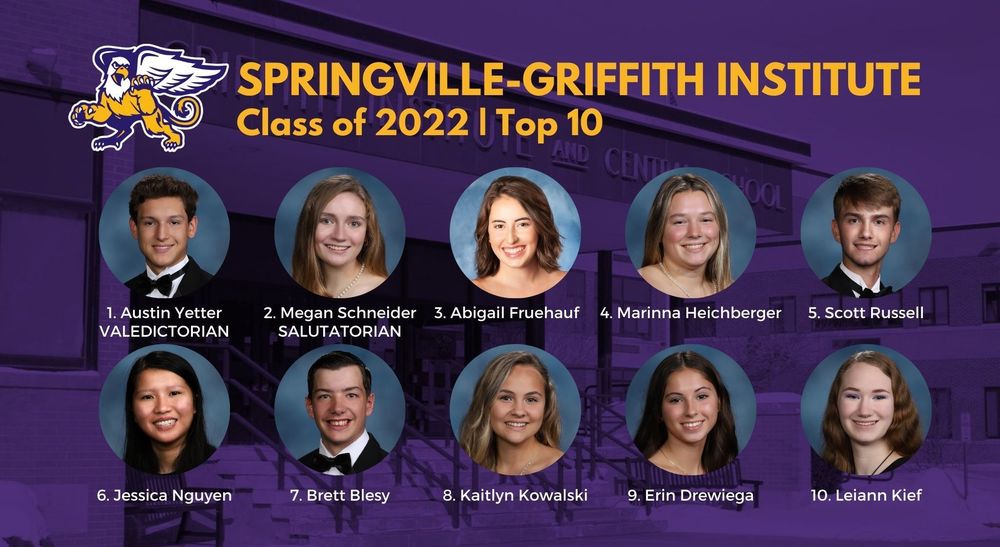 Springville-Griffith Institute High School is pleased to announce the Top 10 for the Class of 2022.

Read more about each student below.

Austin Yetter, valedictorian of the Springville-Griffith Institute High School Class of 2022, is the son of Robert and Terri Yetter. He will attend the University at Buffalo to study Biomedical Engineering. 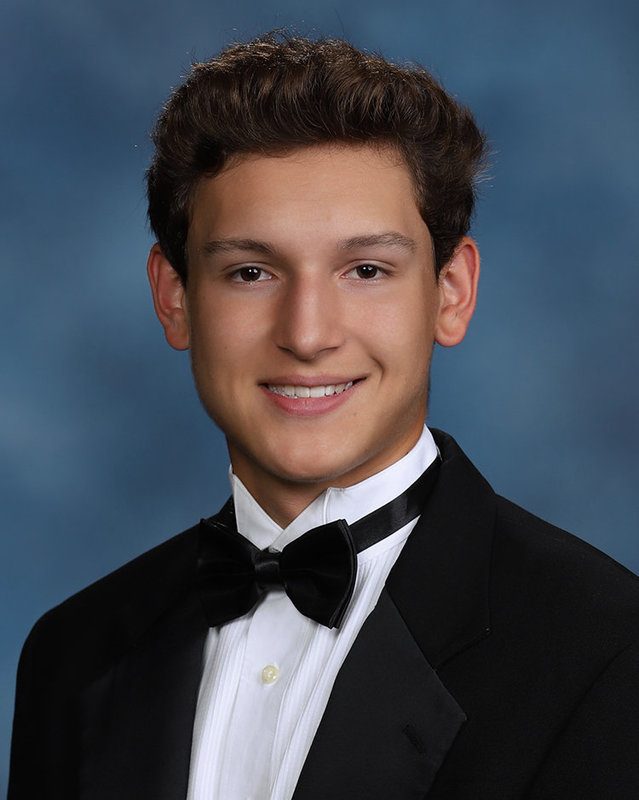 He finished with the highest score on the algebra and geometry regents and was awarded the Excellence in Chemistry, Society of Mayflower Descendents, Excellence in U.S. History Award, and Air Force Recruiting Service Mathematics and Science awards. He also was named the cross country team’s most valuable player in 2020 and 2021 and was also the MVP of the swim team in 2020, 2021, and 2022. He was also named an AP Scholar with Honor and received a PSAT/NMSQT Letter of Commendation.

His hobbies and interests include going to the gym, disc golf, swimming, golfing, surfing, jigsaw puzzles, and reading science articles.

Megan Schneider, salutatorian for the Springville-Griffith Institute High School Class of 2022, is the daughter of William and Andrea Schneider. She will attend D’Youville University to study Occupational Therapy. 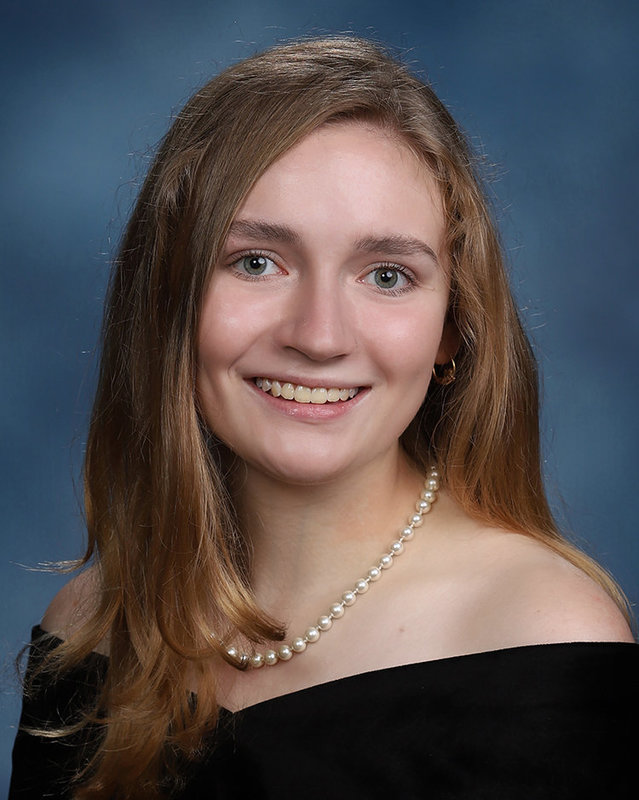 Schneider received the Certificate of Achievement in Spanish, US Navy Outstanding Scholar, and AP School with Honors awards.

Abigail Fruehauf is the daughter of Karl and Robin Fruehauf and will attend Gannon University next fall. 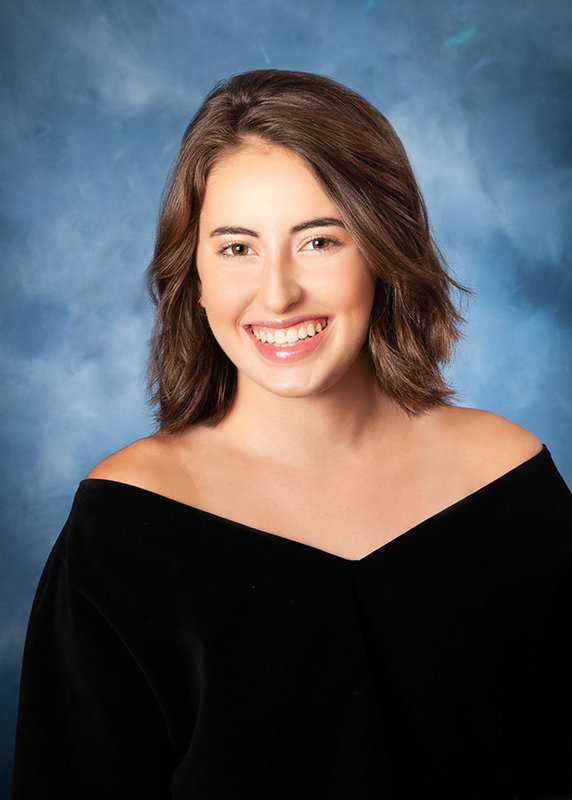 Marinna Hechberger is the daughter of Mark and Gretchen Heichberger. She will attend Rochester Institute of Technology to major in Science Exploration, where she will be a member of the Track and Field team. 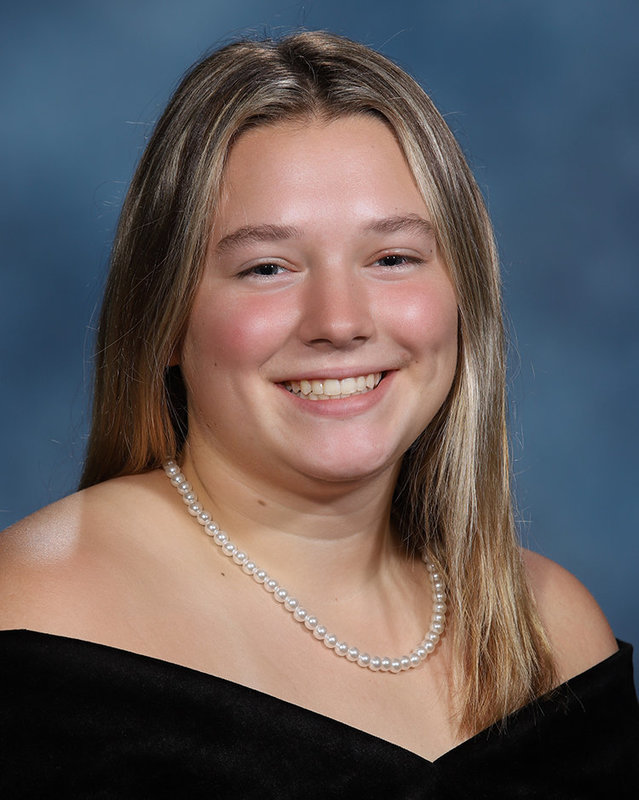 Her awards and honors include Student of the Month. Distinguished Character, All WNY Scholar Athlete, Sectional Champion in Track and Field and Volleyball, Field MVP for Small Schools in Indoor Track, Bausch & Lomb Honorary Science Award and Scholarship, and the Brooke Walker Life Award

Her hobbies and interests include cooking, sports, hiking, pickleball, and traveling.

Scott Russell is the son of Chad and Jill Russell and will attend the University at Buffalo’s Honor College to study Biomedical Engineering. 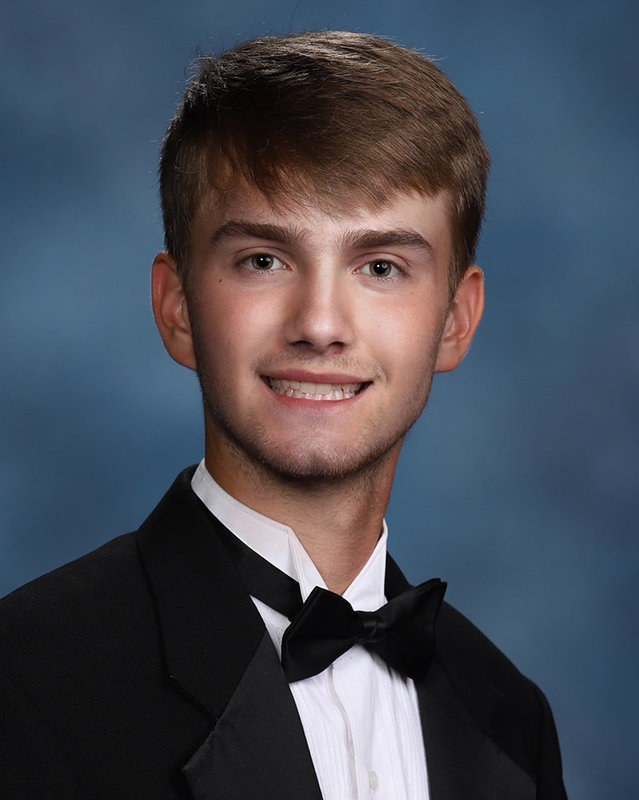 At SGI, Russell participated in National Honor Society, golf, basketball, tennis, baseball, key club, and jazz band. He was named MVP of the golf and tennis teams and qualified for ECICs in tennis and ECICs and sectionals in golf. Russell was also awarded the RIT Innovative and Creativity, Air Force Scholar Athlete, and AP Scholars awards.

His hobbies and interests include athletics and working on engines. 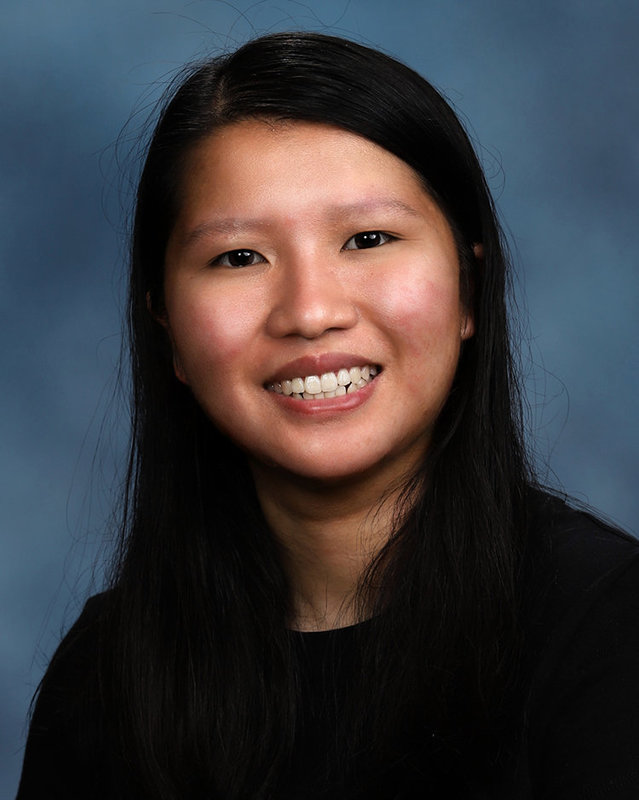 Jessica Nguyen is the daughter of Kai Lai Zhang and Hua Mei Chen and will attend Rochester Institute of Technology to study Computer Science next fall. Her hobbies and interests include writing commentaries, reading, gaming, and listening to podcasts. 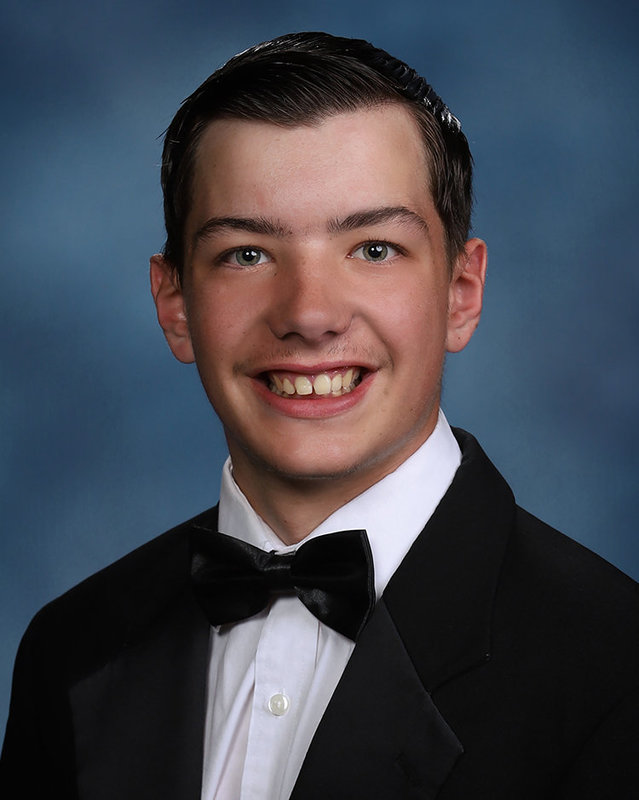 Brett Blesy is the son of Nathan and Barbara Blesy and will attend Cornell University to study Dairy Science and Management this fall.

At SGI, Blesy was involved in FFA, NHS, and Marching Band. His hobbies and interests include Soccer, farming, teaching about agriculture, and working outside. 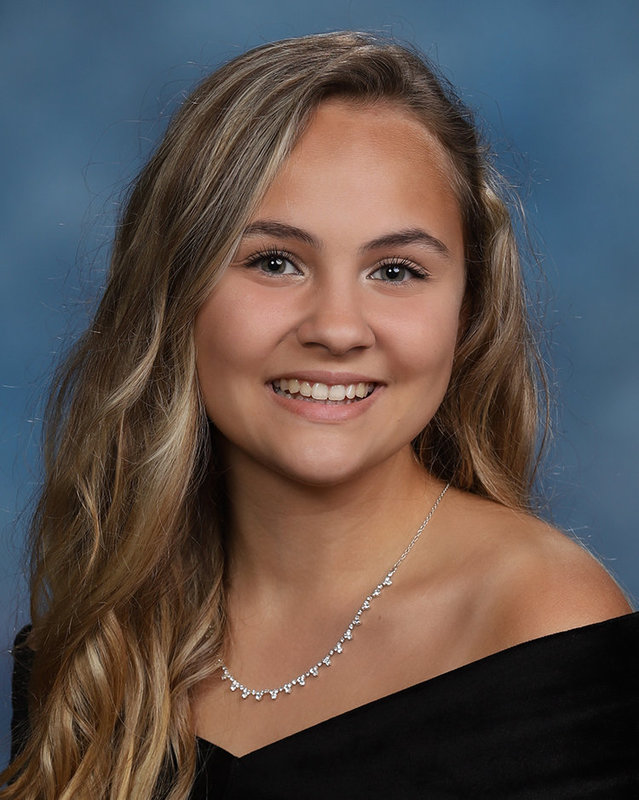 Kaitlyn Kowalski is the daughter of James and Kimberly Kowalski. Next fall, she will attend D’Youville University to pursue a career as a Physicians Assistant.

Her hobbies and interests include playing instruments (violin, guitar, and piano), singing, cooking, volunteering in the community, and learning about the medical field. 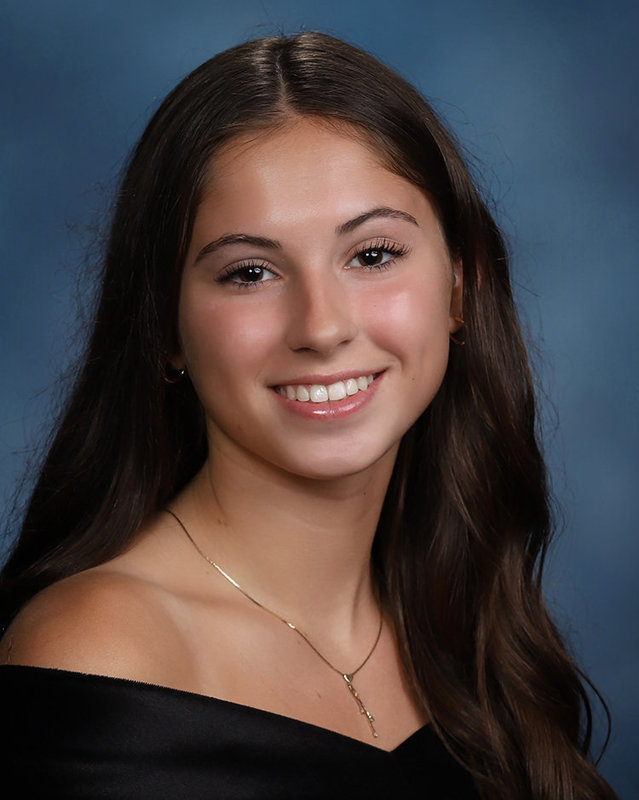 Erin Drewiega is the daughter of Steven Drewiega and Carrie Bragg. She will attend Alfred State College to study Diagnostic Medical Sonography.

Leiann Kief is the daughter of Brian and Janice Kief. She’ll attend SUNY Oswego in the fall to study Graphic Design.

At SGI, she was an active member of Chorus, Chamber Choir, Yearbook, Art Club, National Honor Society, and Musical. She was also the class treasurer for 10th, 11th, and 12th grade. She received the American Legion Growth Award, Prestigious Spanish Award, and President's Award for Educational Excellence.

Her hobbies and interests include painting, digital art, skiing, spending time with friends, and listening to music.