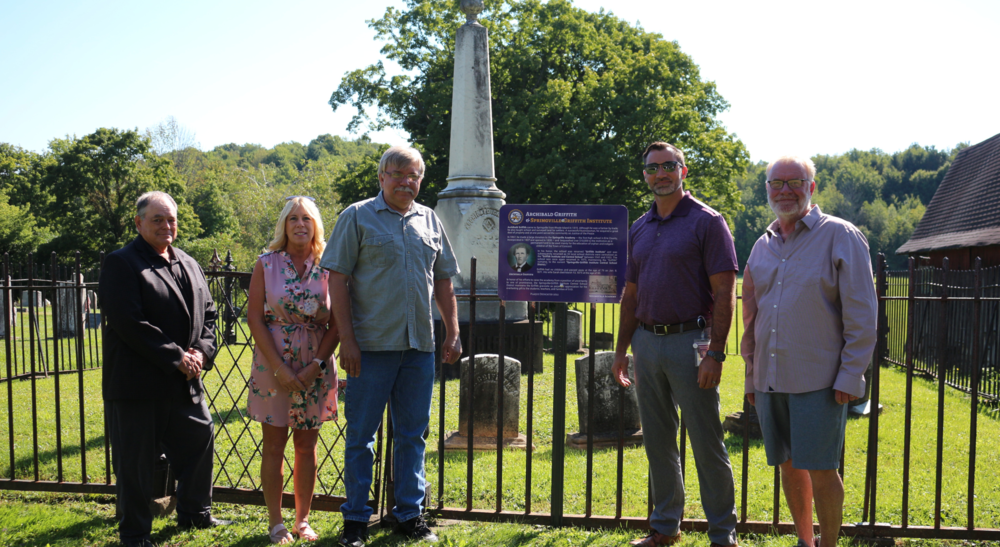 Members of the Town of Concord government gathered with representatives from the Springville-Griffith Institute Central School District at East Concord Cemetery on Friday morning to dedicate a new historical marker at the gravesite of district namesake Archibald Griffith.

In 1867, Griffith made a large donation to the Springville Academy — the first high school in Erie County, incorporated in 1827 and opened in 1830 — and bequeathed over $10,000 to the institution as a permanent fund to be used mainly for the education of orphan and indigent children in the Town of Concord.

In honor of his efforts to raise the academy from a position of uncertainty to one of prominence, the Springville-Griffith Institute Central School District maintains the Griffith gravesite as perpetual appreciation for his everlasting gift to the students, teachers, and families of S-GI.

Earlier this spring, when the Town of Concord took over the cemetery, highway supervisor Barry Edwards, contacted SGI superintendent James Bialasik to see about erecting a historical marker that explains the relationship between Griffith and the school system his generosity helped sustain.

The district designed the marker, Anything Printed in Springville donated printing services, and the highway department mounted it beside the Griffith gravesite in early August.

On hand for the informal ceremony in addition to Edwards and Bialasik were Phil Drozd, town supervisor, as well as Ken Zittle and Kimberly Krzemien, town council members. 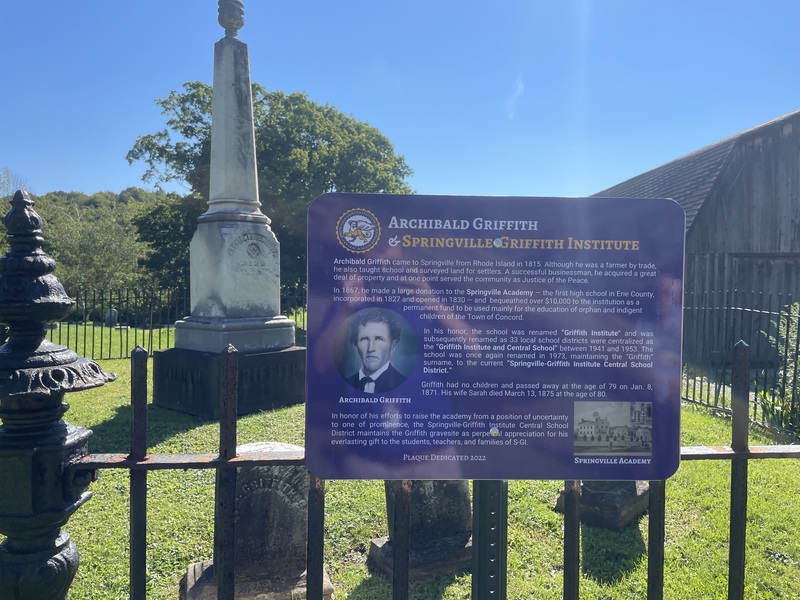