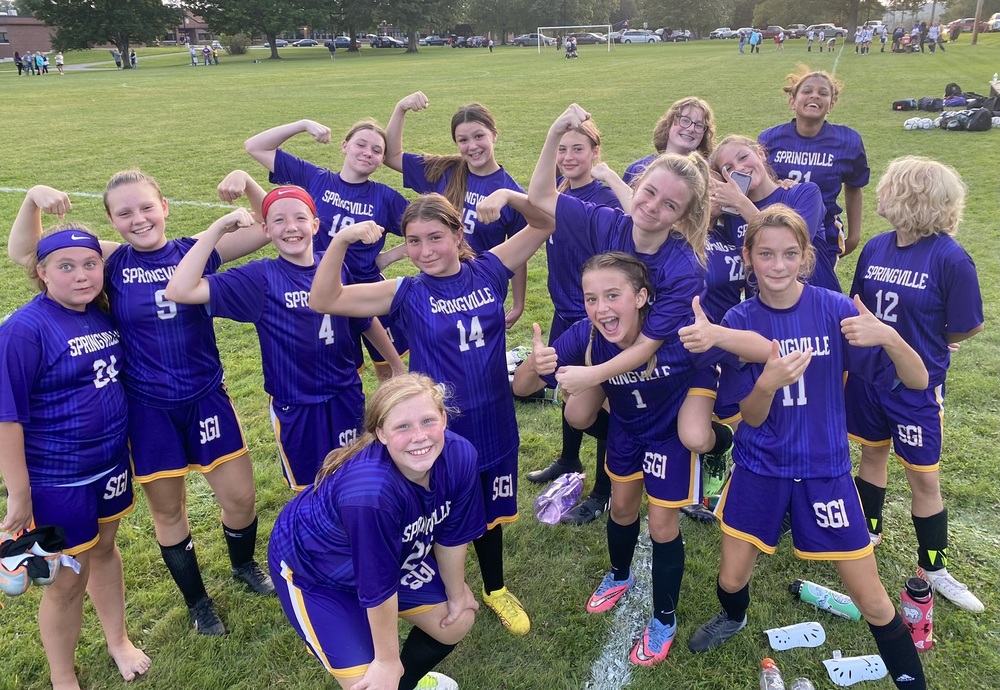 The Girls Modified Soccer team had a great first week of competition with a tie and a win. Their first game was against Holland. After being down 2-0 at halftime, Springville rallied for a 2-2 tie. Team Captains Harmony Morris and Olivia Mesch kept constant pressure on Holland’s back line. Addison Delisandro and Desiray Hines were quick down the wings. Ava Uhteg and Maddy Ploetz had some key stops on defense. Hailey Emerling scored the first goal of the season. Goalies Desirae Phillips and Emma Benz did a great job in net.

The second game of the season was against Depew. Down 1-0 early in the game, Amya Frank, Layla Waite and Paulina Fuentes provided great defense to prevent Depew from scoring again. Natalie Walker, Lexi Tingue and Sage Baranowski spurred the counterattack, constantly stealing the ball and passing it up to the forwards. Erin Miga scored two goals for the Lady Griffs, the second goal coming from a perfect pass by Madison Hilliker. Alana Anthony made some great saves late in the game to preserve the 2-1 victory.

Coach Eric Williams noted that the team is quickly learning to communicate with each other, especially when looking for passing lanes on the attack.

Next up the Modified team travels to Eden for a game on Wednesday.