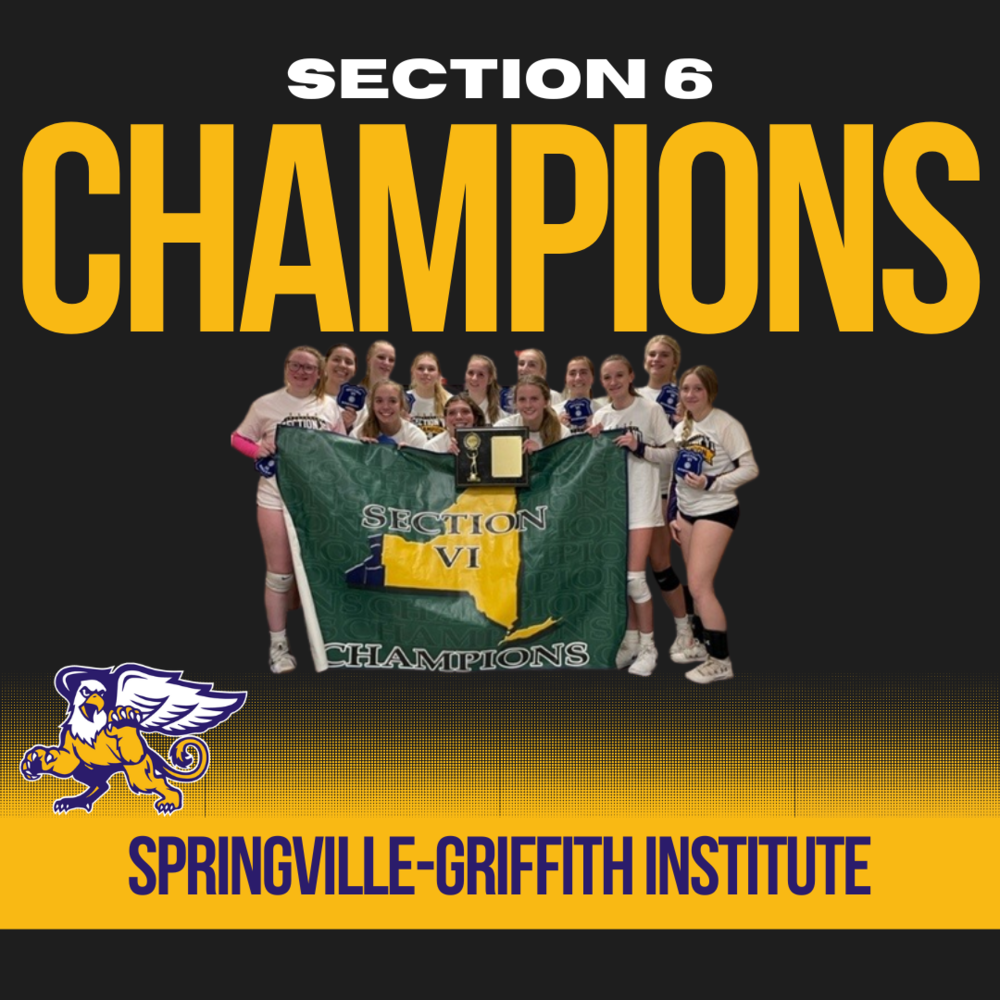 After losing the first 2 sets, the team worked together fighting point by point to victory. The final set was ridiculously close, but the Griffs held their composure and beat Depew by a score of 19-17.

Sydney Fuller ran her team’s offense with 52 assists!  One was even a diving set!

Ella Wittman struck fear in her opponent’s eyes and had an unbelievable match with 30 kills and played amazing defense with 30 digs.  Libero Alivia Sipes was composed and confident in the back row, passing every ball to the target and picking up 16 digs.  Autumn Andreeff didn’t miss a serve all night and picked up 18 digs.  Lauren Frascella served tough and had 3 aces and 11 kills.  Layla Winfield’s aggressive play at the net scored on 7 kills and 3 blocks.  Kelsey Perkins had 4 kills and Carmin Wikman had 2.

The team moves on to the Class B1, B2 Crossover finals on Tuesday night at Williamsville South again.  Stay tuned for info on fan bus sign-up info!  We need you there again!