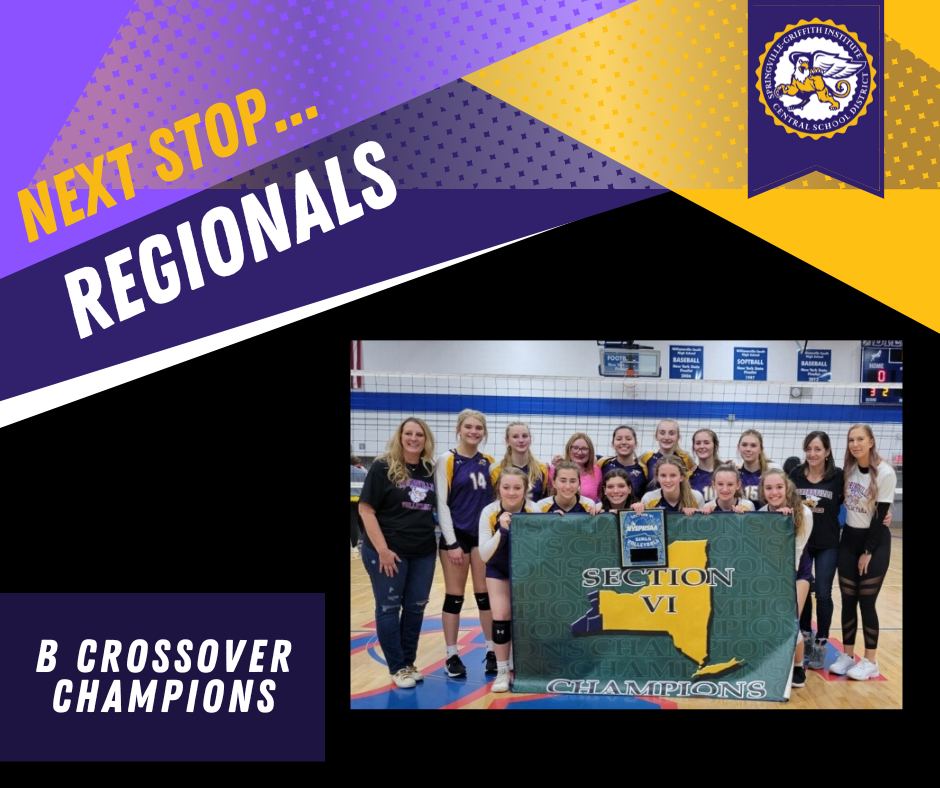 Girls Volleyball made history last night being the first SG-I team to win the B Crossover Finals and advance to Regionals.

25-22, 21-25, 25-23 and 25-19 were the set scores in the match.  Leading scorers were Ella Wittman with 16 kills including the match-winning slam to cross-court!  Sydney Fuller was setting strong with 35 assists and 5 kills of her own.  Layla Winfield put down 4 kills and blocked for 2 points.  Alivia sipes had a great night on defense with 11 digs followed closely by Autunm Andreeff’s defensive play with 10 digs.  Kelsey Perkins and Carmin Wikman had 3 kills each and Kelsey also scored on 2 blocks.  Lauren Frascella also had a great night with 12 digs, 7 kills and kept her cool as she served up the match-winning play.

The team has advanced to Far West Regionals against Rochester area Wayne High School, which will be held this Friday at 2pm at Hamburg High School.